Patna: Visited by the Buddha and scene of the Third Buddhist Council 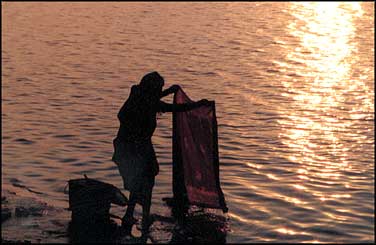 Known as Pataligama to the Buddha, as Pataliputra to King Asoka who made it capital of his vast empire, and in its most recent reincarnation as Patna, this city is now the capital of Bihar. It is a dusty nondescript city but of some interest to the Buddhist pilgrim. The Buddha passed through here several times including during his last journey to Kusinara when he gave a talk “that went far into the night”.

The Patna Museum has an outstanding collection of Buddhist art mostly from the Pala period (8th to 12th centuries). My favourites are the two exceptionally beautiful statues of Avalokitesvara and Maitreya in the main gallery. With their heads tilted pensively to one side and their gentle smiles these statues perfectly express the ideal that the two bodhisattvas embody; active and involved compassion. Most of the bronzes from Kurkihar are in an upstairs gallery and there is a large but now rather moth-eaten collection of Tibetan thankas donated by the famous Indian monk Rahula Sankrityayana. The museum is on Buddha Marg and is open from 10:30 am to 4:30 pm and closed on Monday. At Kumrahar there the remains of King Asoka’s palace, or at least of a Mauryian period palace.

Other than a single polished pillar there is not much to see. Kumrahar is open from 9 am to 5:30 pm and closed oMapn Monday. You’ll find it on Old Bypass Road not far from the approach to Mahatma Gandhi Bridge. If you have to stay in Patna there are several reasonable hotels on and around Fraser Road, not far from the museum. It is possible to make three side trips using Patna as a base, one to Champanagar and Vikramasila, another to Don and a third to Hajipur. The first two of these places involve a lot of travelling and will be of interest only to the real enthusiast.