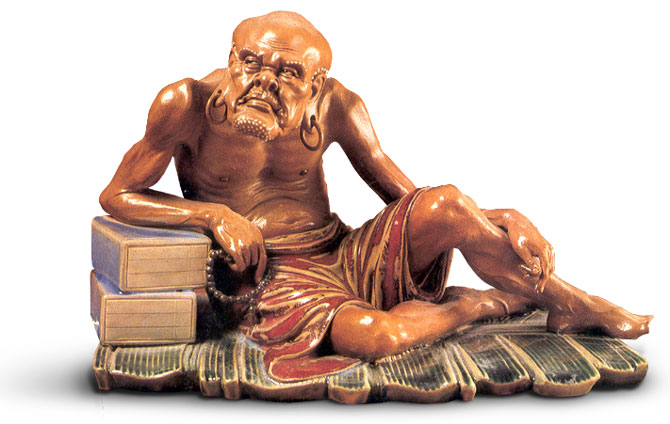 According to legend, he was born during a heavy downpour, and the plantain trees in his back garden were rustling noisily. Thus he was named Vanavasa, which means rain in Sanskrit. Later on he became a Buddhist monk, finally attaining enlightenment. Because he liked to meditate under a plantain tree, he is called the Plantain Lohan. In mythology, he is supposed to have been stationed on the Ko-Chu mountain with 1,400 lesser lohans. He is sometime shown meditating in a cave with eyes closed and hands folded over his knees.