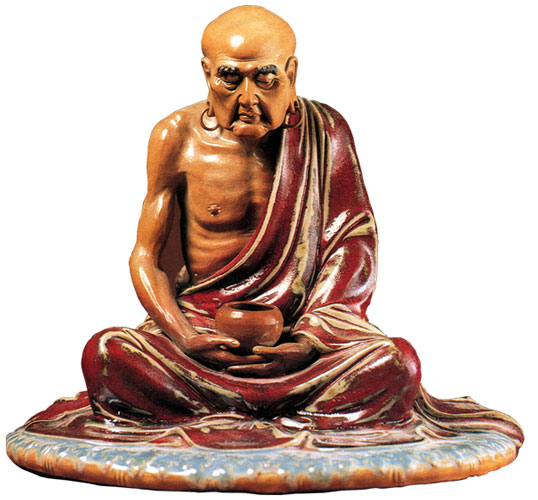 Quietly cultivating the mind,
A countenance calm and composed.
Serene and dignified,
To enter the Western Paradise.
According to tradition, this lohan, Nakula or Pakula, was originally a warrior with immense strength. He gave up the life of fighting and killing to become a monk, finally attaining enlightenment through constant meditation. However, due to his former profession, he still exuded much physical strength even during meditation. In mythology, this lohan’s sphere of influence extended through all of India, and was considered one of Buddha’s favourite disciples. Occasionally, he is portrayed as a teacher, holding a string of Buddhist rosary with a small boy beside him.