Home » The Wings to Awakening: Glossary

The Wings to Awakening

An Anthology from the Pali Canon 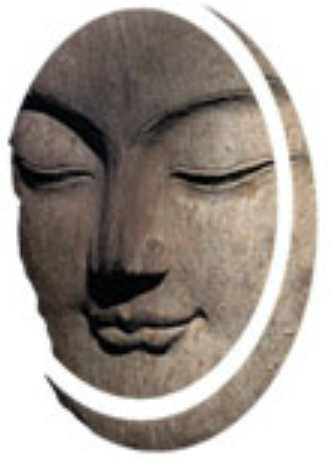 Abhidhamma: (1) In the discourses of the Pali Canon, this term simply means “higher Dhamma,” a systematic attempt to define the Buddha’s teachings and understand their interrelationships. (2) A later collection of analytical treatises based on lists of categories drawn from the teachings in the discourses, added to the Canon several centuries after the Buddha’s life.

Apaya: Realm of destitution. One of the four lower realms of existence, in which beings suffer because of their bad kamma: hell, the realm of hungry shades, the realm of angry demons, and level of common animals. In the Buddhist cosmology, a person reborn in any of these realms may stay there for long or short periods of time, but never for an eternity. After the bad kamma has worked out, the person will return to the higher realms.

Arahant: A “worthy one” or “pure one;” a person whose mind is free of defilement and thus is not destined for further rebirth. A title for the Buddha and the highest level of his noble disciples.

Asava: Effluent; fermentation. Four qualities – sensuality, views, becoming, and ignorance – that “flow out” of the mind and create the flood of the round of death and rebirth.

Bodhisatta: “A being (striving) for Awakening;” a term used to describe the Buddha before he actually become Buddha, from his first aspiration to Buddhahood until the time of his full Awakening. Sanskrit form: Bodhisattva.

Deva: Literally, “shining one”. An inhabitant of the heavenly realms.

Hinayana: “Inferior Vehicle,” a pejorative term, coined by a group who called themselves followers of the Mahayana, the “Great Vehicle,” to denote the path of practice of those who adhered only to the earliest discourses as the word of the Buddha. Hinayanists refused to recognise the later discourses, composed by the Mahayanists, that claimed to contain teachings that the Buddha felt were too deep for his first generation of disciples, and which he thus secretly entrusted to underground serpents. The Theravada school of today is a descendant of the Hinayana.

Idappaccayata: This / that conditionality. This name for the causal principle the Buddha discovered on the night of his Awakening emphasises the point that, for the purposes of ending suffering and stress, the processes of causality can be understood entirely in terms of conditions in the realm of direct experience, with no need to refer to forces operating outside of that realm.

Jhana: Mental absorption. A state of strong concentration focused on a single sensation or mental notion.

Mandala: Microcosmic diagram, used as a power circle and object of contemplation in the rituals of Tantric Buddhism.

Mara: The personification of evil and temptation.

Nibbana: Literally, the “unbinding” of the mind from passion, aversion, and delusion, and from the entire round of death and rebirth. As this term also denotes the extinguishing of a fire, it carries connotations of stilling, cooling, and peace. “Total nibbana” in some contexts denotes the experience of Awakening; in others, the final passing away of an Arahant. Sanskrit form: nirvana.

Pali: The canon of texts preserved by the Theravada school and, by extension, the language in which those texts are composed.

Patimokkha: Basic code of monastic discipline, composed of 227 rules for monks and 310 for nuns.

Samana: Contemplative. Literally, a person who abandons the conventional obligations of social life in order to find a way of life more “in tune” (sama) with the ways of nature.

Samsara: Transmigration; the round of death and rebirth.

Sangha: On the conventional (sammati) level, this term denotes the communities of Buddhist monks and nuns; on the ideal (ariya) level, it denotes those followers of the Buddha, lay or ordained, who have attained at least stream-entry.

Stupa: Originally, a tumulus or burial mound enshrining relics of a holy person – such as the Buddha – or object associated with his life. Over the centuries this has developed into the tall, spired monuments familiar in temples in Thailand, Sri Lanka, and Burma; and into the pagodas of China, Korea, and Japan.

Tadi: “Such,” an adjective to describe one who has attained the goal. It indicates that the person’s state is indefinable but not subject to change or influences of any sort.

Tathagata: Literally, “one who has become authentic (tatha-agata),” an epithet used in ancient India for a person who has attained the highest religious goal. In Buddhism, it usually denotes the Buddha, although occasionally it also denotes any of his Arahant disciples.

Theravada: The “Teachings of the Elders” – the only one of the early schools of Buddhism to have survived into the present; currently the dominant form of Buddhism in Thailand, Sri Lanka, and Burma.

Although I have tried to be as consistent as possible in rendering Pali terms into English, there are a few cases where a single English term will not do justice to all the meanings of a Pali term. The rule of one English equivalent per one Pali word may make for consistency, but any truly bilingual person knows that such a rule can create ludicrous distortions of meaning in translation. Thus, while I have not consciously used one English term to translate two different Pali terms, there are cases where I have found it necessary to render a single Pali term with two or more English terms, depending on context. Citta in some cases is rendered as mind, in others as intent. Similarly, loka is rendered either as cosmos or world, manas, as intellect or heart, ayatana as medium or sphere, upadana as clinging or sustenance, and dhamma as phenomenon, quality, or principle.

Also, with some of the Pali terms that are central to the teaching, I have chosen equivalents that do not follow general usage. In the following list I have indicated these equivalents with asterisks; explanations for these choices are provided at the end of the list.

Fabrication: Sankhara literally means “putting together”, and carries connotations of jerry-rigged artificiality. It is applied to physical and to mental processes, as well as to the products of those processes. Various English words have been suggested as renderings for sankhara – such as “formation”, “determination”, “force”, and “construction” – but “fabrication”, in both of its senses, as the process of fabrication and the fabricated things that result, seems the best equivalent for capturing the connotations as well as the denotations of the term.

Frame of reference: The literal rendering of satipatthana is “foundation of mindfulness” or “application of mindfulness”, both of which require a great deal of explanation to make them intelligible in English. However, the actual function of satipatthana in practice is precisely that of the English idiom, frame of reference. Although adopting this rendering requires some inconsistency in translating sati – using “reference” here, and “mindfulness” otherwise – this seems a small price to pay for instant intelligibility in an otherwise obscure term.

Inconstant: The usual rendering for anicca is “impermanent”. However, the antonym of the term, nicca, carries connotations of constancy and dependability; and as anicca is used to emphasise the point that conditioned phenomena cannot be depended on to provide true happiness, this seems a useful rendering for conveying this point.

Stress: The Pali term dukkha, which is traditionally translated in the commentaries as, “that which is hard to bear”, is notorious for having no truly adequate equivalent in English, but stress – in its basic sense as a strain on body or mind – seems as close as English can get. In the Canon, dukkha applies both to physical and to mental phenomena, ranging from the intense stress of acute anguish or pain to the innate burdensomeness of even the most subtle mental or physical fabrications.

Unbinding: Because nibbana is used to denote not only the Buddhist goal, but also the extinguishing of a fire, it is usually rendered as “extinguishing” or, even worse, “extinction”. However, a study of ancient Indian views of the workings of fire (see The Mind Like Fire Unbound) will reveal that people of the Buddha’s time felt that a fire, in going out, did not go out of existence but was simply freed from its agitation and attachment to its fuel. Thus, when applied to the Buddhist goal, the primary connotation of nibbana is one of release and liberation. According to the commentaries, the literal meaning of the word nibbana is “unbinding” and as this is a rare case where the literal and contextual meanings of a term coincide, this seems to be the ideal English equivalent.

The following secondary sources were useful in placing the teachings of the Pali Canon in their historical context, both social and intellectual: