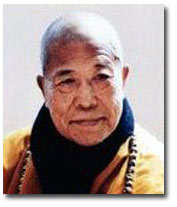 The Dharma Realm Buddhist Association (DRBA), formerly known as the Sino-American Buddhist Association, was founded by the Venerable Master Hsuan Hua in 1959. It was established as a state and federally approved non-profit religious and educational corporation for the purpose of bringing the orthodox teachings of the Buddha to the entire world.

In 1962, Master Hua accepted his disciples’ invitation to come to America. In 1966 he set up an in-residence Buddhist study and practice center in San Francisco. In 1970 the center moved to larger quarters and became one of Northern California’s foremost Buddhist centers, Gold Mountain Monastery.

Biography: The Dharma name of the Elder Venerable Master Hsuan Hua was An Tzu (Peace and Compassion), also known as Tu Lun (Liberate from the Wheel of Rebirth). He was the Ninth Patriarch of the Wei-Yang Chan (Chinese Zen) School of Buddhism and was granted the Dharma Seal of the Wei-Yang lineage from the elder Venerable Master Hsu Yun. The Master’s Dharma-Transmission name was Hsuan Hua (Proclaim and Transform), but he often referred to himself as “a living dead person”, or “the Monk in the Grave.” Throughout his life, he never wanted fame or profit, and he had no desire to contend with others even more so. Instead, he said that he would rather be “a little bug,” or “a small ant” beneath the feet of all living beings, and used his body as a stepping-stone for living beings that sought to transcend from commoners straight to the ground of the Buddha.

The Venerable Master, a native of Shuangcheng County of Jilin Province, was born on the sixteenth day of the third lunar month in the year of Wu Wu at the beginning of the century. His family surname was Bai and his name was Yushu. He was also called Yuxi. His father, Bai Fuhai, was diligent and thrifty in managing the household. His mother, whose maiden name was Hu, ate only vegetarian food and recited the Buddha’s name every day throughout her life. When she was pregnant with the Master, she prayed to the Buddhas and Bodhisattvas. The night before his birth, in a dream she saw Amitabha Buddha emitting a light so radiant that it penetrated heaven and shook the earth. Shortly after, she gave birth to her youngest son. When the Master was born, the room was filled with a rare fragrance. For three days and nights the Master cried continuously, a sign of his deep sympathy for beings suffering birth and death in this Saha (defiled) world.

As a child, the Master followed his mother’s example and ate only vegetarian food and recited the Buddha’s name. The Master was quiet and un-talkative by nature, but he had a righteous and heroic spirit. At the age of eleven, upon seeing a neighbor’s infant who had died, he became aware of the great matter of birth and death and the brevity of life and resolved to leave the home-life. At the age of twelve, he heard of how Filial Son Wong of Shuangcheng County (later known as Great Master Chang Ren) had practiced filial piety and attained the Way, and he vowed to follow the Filial Son’s example. Repenting for being un-filial to his parents in the past, the Master decided to bow to his parents every morning and evening as a way of acknowledging his faults and repaying his parents’ kindness. He gradually became renowned for his filial conduct, and people called him Filial Son Bai.

At fifteen, he took refuge under the Venerable Master Chang Zhi. That same year he began to attend school and mastered the Four Books, the Five Classics, the texts of various Chinese schools of thought, and the fields of medicine, divination, astrology, and physiognomy. During his student years, he also participated in the Moral Society and other charitable societies. He explained the Sixth Patriarch’s Sutra, the Vajra Sutra, and other Sutras for those who were illiterate, and started a free school for those who were poor and needy.

When he was nineteen, his mother passed away, and he requested Venerable Master Chang Zhi of Sanyuan (Three Conditions) Monastery to shave his head. He was given the Dharma name An Tse and style name To Lun. Dressed in the left-home robes, he built a simple hut by his mother’s grave and observed the practice of filial piety. During that period, he made eighteen great vows, bowed to the Avatamsaka (Flower Adornment) Sutra, performed worship and pure repentance, practiced Chan meditation, studied the teachings, ate only one meal a day, and did not lie down to sleep at night. As his skill grew ever more pure, he won the admiration and respect of the villagers. His intensely sincere efforts to purify and cultivate himself moved the Buddhas and Bodhisattvas as well as the Dharma-protecting gods and dragons. The miraculous responses were too many to be counted. As news of these supernatural events spread far and wide, the Master came to be regarded as an extraordinary monk.

One day as he was sitting in meditation, he saw the Great Master, the Sixth Patriarch, come to his hut and tell him, “In the future you will go to the West, where you will meet limitless and boundless numbers of people. The living beings you teach and transform will be as countless as the sands of the Ganges River. That will mark the beginning of the Buddha dharma in the West.” After the Sixth Patriarch finished speaking, he suddenly vanished. When his observance of filial piety was completed, the Master went to Changbai Mountain and dwelled in seclusion in the Amitabha Cave, where he practiced austerities. Later he returned to Sanyuan Monastery, where he was chosen to be the head of the assembly. During the period that he lived in Manchuria, the Master contemplated people’s potentials and bestowed appropriate teachings. He awakened those who were confused and saved many people’s lives. Countless dragons, snakes, foxes, ghosts, and spirits requested to take refuge and receive the precepts from him, changing their evil and cultivating goodness.

In 1946, because he esteemed the Elder Master Hsu Yun as a great hero of Buddhism, the Master quickly packed his belongings and set out on his way to pay homage to him.

During his arduous journey, he stayed at many of the renowned monasteries of Mainland China. In 1947 he went to Potola Mountain to receive the complete ordination. In 1948 he reached Nanhua Monastery at Caoxi of Guangzhou, where he paid homage to Elder Master Hsu Yun and was assigned to be an instructor in the Nanhua Monastery Vinaya Academy. Later he was appointed as Dean of Academic Affairs. The Elder Master Hsu Yun saw that the Master was an outstanding individual in Buddhism and transmitted the Dharma lineage to him, giving him the Dharma name Hsuan Hua and making him the Ninth Patriarch of the Wei Yang Sect, the forty-fifth generation since the First Patriarch Mahakashyapa.

In 1949, after the completion of the Spring Precept Transmission, the Master bowed and bid farewell to the Venerable Master Hsu Yun and went to Hong Kong to propagate the Dharma. He gave equal importance to the five schools – Chan, Doctrine, Vinaya, Esoteric, and Pure Land-thus putting an end to sectarianism. The Master also renovated old temples, printed Sutras and constructed images. He established Western Bliss Gardens Monastery, Cixing Chan Monastery, and the Buddhist Lecture Hall. He lived in Hong Kong for more than ten years, and at the earnest request of living beings, he created extensive affinities in the Dharma. He delivered a succession of lectures on the Earth Store Sutra, the Vajra Sutra, the Amitabha Sutra, the Shurangama Sutra, the Universal Door Chapter, and others. In addition, he held various Dharma assemblies such as the Great Compassion Repentance, the Medicine Master Repentance, recitation sessions, and meditation sessions. He also published the magazine Hsin Fa (Mind Dharma). Every day he worked and traveled zealously for the sake of propagating the great Dharma, and as a result the Buddha dharma flourished in Hong Kong. During that time he also made several visits to Thailand, Burma, and other countries to investigate the southern (Theravada) tradition of Buddhism. He wished to establish communication between the Mahayana and Theravada traditions and unite the strength of Buddhism.

Bringing the Dharma to the West

In 1959, the Master saw that conditions were ripe in the West, and he instructed his disciples to establish the Sino-American Buddhist Association (later renamed the Dharma Realm Buddhist Association) in the United States. He traveled to Australia in 1961 and propagated the Dharma there for one year. Since the conditions were not yet ripe there, he returned to Hong Kong in 1962. That same year, at the invitation of Buddhists in America, the Master traveled alone to the United States.

Master Hsuan Hua books and publications can be found at: