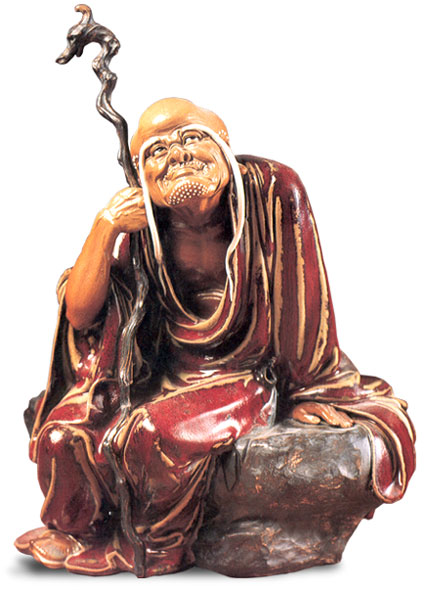 Compassionate elder,
A monk who has attained enlightenment.
Perceptive of the infinite universe,
With tacit understanding.

“Asita” in Sanskrit means incomparably proper, or of correct proportions in spirit and physique. According to legend, Asita was born with two long white eyebrows. The story was that in his previous life he was a monk who, though having tried very hard yet could not attain enlightenment even at a ripe old age, and had only two long white eyebrows left. After his death he reincarnated as a human being again.
After he was born, his father was told that Shakyamuni Buddha also has two long eyebrows, therefore his son had the look of the Buddha in him. As a result, Asita was sent away to a monastery to become a monk, eventually attaining enlightenment.