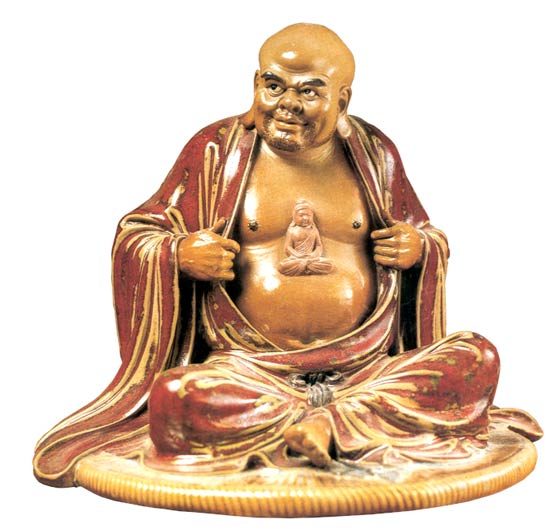 Open the heart and there is Buddha,
Each displaying his prowess.
The two should not compete,
For Buddha’s power is boundless.

Gobaka was the prince of a minor kingdom in India. When he was made crown prince, his younger brother started a rebellion. But Gobaka assured his brother that he wanted to refuse the kingdom and become a monk because he only had Buddha in his heart. As proof, he exposed his chest and there indeed was a Buddha in his heart. The younger brother then believed him and stopped the rebellion. Gobaka became a monk. It is believed that Gobaka was the monk Shan Wu Wei, who arrived at Changan (today’s Xi’an) during the Tang Dynasty in 716 A.D. Gobaka literally means ‘man of heart’, weak physically but strong of spirit.