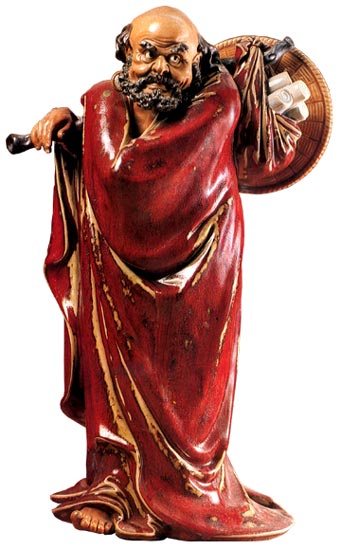 Bearing the sutras, Sail east to spread the world. Climbing mountains and fording streams, For the deliverance of the humanity. Bodhidruma in Sanskrit means virtuous and sagacious. It is also the name of a rare tree in India, the bodhi which has became famous and known as the tree of wisdom because Sakyamuni became enlightened under its shade. This lohan was born under such a tree and was given the name of Bodhidruma. Legend has it that Bodhidruma was responsible for spreading Buddhism to the East Indies. From India he sailed across the ocean to land on the island of Java, hence the name “Oversea.”